This article describes the basic tenets of quantitative research. The concepts of dependent and independent variables are addressed and the concept of measurement and its associated issues, such as error, reliability and validity, are explored. Experiments and surveys - the principal research designs in quantitative research - are described and key features explained. The importance of the double-blind randomised controlled trial is emphasised, alongside the importance of longitudinal surveys, as opposed to cross-sectional surveys. Essential features of data storage are covered, with an emphasis on safe, anonymous storage. Finally, the article explores the analysis of quantitative data, considering what may be analysed and the main uses of statistics in analysis. 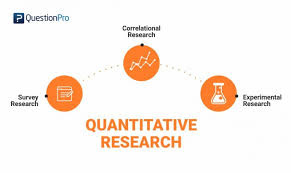 QUANTITATIVE RESEARCH encompasses a range of methods concerned with the systematic investigation of social phenomena, using statistical or numerical data. Therefore, quantitative research involves measurement and assumes that the phenomena under study can be measured. It sets out to analyse data for trends and relationships and to verify the measurements made.

Some items, such as height and weight, are easy to measure; others, such as what people think or feel, are difficult to measure. Quantitative research encompasses this entire spectrum. Similar criteria are applied to verify, calculate and analyse data for all types of measurement. Quantitative research may be considered as a way of thinking about the world. It is essentially deductive: measurements are made, analysis is applied and conclusions are drawn. It is pointless to dispute whether quantitative or qualitative research is superior. The researcher may even choose to use both quantitative and qualitative methods in his or her research design, in a combined or mixed methods approach ( Andrew and Halcomb 2009 ). The mixed methods approach will be addressed in a later article in this series. A unique feature of quantitative research is its ability to test theories formally by formulating hypotheses and applying statistical analyses ( Figure 1 ).

There is always error associated with measurements, by whatever means they are made. These apply to physical measurements, such as height and weight, and to other types of measurements in the social sciences. Error may come from several sources in measurement ( Shields and Watson 2013 ): systematic error (introduced by an inaccuracy inherent in the system) and random (including human) error. These should be allowed for in the design and use of any instrument. In the social sciences, an instrument may be a questionnaire or observational checklist. Two kinds of systematic and random error may occur:
Within instrument (or within human).
Between instruments (or between humans).
Within instrument errors mean that different measurements can be given on different occasions. Between instrument errors mean that two seemingly identical instruments can give different measurements. Similarly, within human errors mean that an individual using the same instrument can obtain different measurements on separate occasions, while between human errors mean that two people using the same instrument can obtain different measurements on the same occasion.
Error cannot be eliminated entirely, but steps should be taken to minimise it ( Bowling 1997 ). The design of good instruments is one approach. In social research, this means having clear, easy-to-understand questionnaires and observational checklists, and ensuring that the questions asked address only the studied phenomena. For example, if you are interested in measuring difficulty with feeding in older people with dementia, you should ask questions that address that problem alone and omit any that address other aspects of behaviour, such as agitation. In designing instruments, a balance should be attained between 'authenticity' and 'directness' ( Messick 1994 ). An authentic instrument measures as much as possible about a phenomenon, at the risk of becoming indirect, while a direct instrument focuses on only the items directly concerned with the phenomenon, at the risk of losing some authenticity.

Box 1 Type and definition of reliability and validity

The RCT is considered to be the best method for testing the link between cause and effect in clinical interventions. Its essential features are randomisation and use of a control group. The RCT is rated near the top of the hierarchy of evidence, at level II, as a method of providing evidence for clinical practice ( Centre for Reviews and Dissemination 2009 ). It is superseded in the hierarchy only by systematic review with meta-analysis, a method of combining the results of RCTs and evaluating the combined evidence.

The simplest form of RCT requires at least two groups of participants: a treatment (also referred to as experimental or intervention) group and a control group. The treatment group receives the treatment being tested and the control group does not. However, the control group should be approached in exactly the same way, or as closely to this as is possible, except that they do not receive the treatment. When testing drugs, for example, this is achieved by administering a 'placebo', which looks identical to the treatment drug, except that it contains no active ingredient. This matching of treatment in the two groups, as far as is possible, is to take into account the 'placebo effect', whereby anyone involved in a RCT - whether receiving the treatment or not - may respond as if they were being treated. The placebo effect must be the same in both groups for the effect of the active drug to be measured correctly. With nursing interventions - for example, testing a support surface for pressure ulcer prevention - it may be difficult to provide a placebo in quite the same way. In such cases it is customary to administer the usual care that a person may receive for pressure ulcer prevention to the control group, and to compare this usual standard of care with the new support surface being tested.

There are many possible methods of allocating individuals who have agreed to participate in a RCT to either the treatment group or the control group. Randomisation is used to minimise bias in allocating individuals to the two groups. For example, researchers could be accused, subconsciously or even deliberately, of allocating people who are more likely to respond to treatment to the treatment group, and the remainder to the control group. This might introduce bias into the experiment, which could exaggerate the effects of the treatment.

Surveys are often used in nursing research. These frequently involve distributing questionnaires, or they may be conducted by interview or observation. In contrast to experiments, surveys cannot easily distinguish between cause and effect, but they are useful for gathering large amounts of data to describe samples and populations ( Hallberg 2008 ). Surveys may be either cross-sectional or longitudinal. Cross-sectional studies are relatively easy to conduct, since they only have to be carried out once. The majority of surveys are cross-sectional. Longitudinal studies are more complex, especially those conducted over several years, since they require repeated surveys. Attrition is a significant problem in longitudinal studies ( Aldridge and Levine 2001 ).

There are three types of longitudinal survey design: trend studies, cohort studies and panel studies ( Watson 2008 ). Each has its advantages and disadvantages. Trend studies are concerned with population trends. A classic example is the study of voting intentions in the run-up to general elections. The population is sampled on one day and again, at intervals. The sample surveyed is always part of the same population but does not, necessarily, comprise the same people. Therefore, this is a relatively simple type of survey to perform, but does not provide information about how specific individuals change over time.
Cohort and panel studies are similar in that they use the same group sample at each stage, but they differ slightly in how they use the groups. A cohort study uses a defined group (people with a shared characteristic). The people surveyed at each stage, for example, could all belong to the nursing class of 2013, but the same individuals may not be surveyed each time; each group surveyed will be a sub-sample of the defined cohort. In contrast, in a panel study, exactly the same people are surveyed at each stage. Therefore, cohort and panel studies are more informative about how individuals change over time than trend studies, but are more difficult to conduct and are susceptible to attrition.

Quantitative studies produce numbers that should be interpreted before conclusions may be drawn. The data may be entered, stored and analysed using some form of electronic database. Data may be entered into a Word document or an Excel spreadsheet, for example. Some initial data analysis is possible in Excel, but it may be imported into a statistical package, such as SPSS (Statistical Package for the Social Sciences), to permit more sophisticated analysis ( Pallant 2007 ). Data entry often requires transcription from hard copies of questionnaires or observational schedules. This has to be done carefully and double-checked. Increasingly, surveys are distributed via the internet and data can be imported directly into an analytical package such as SPSS.

It is essential to store data carefully, once it has been entered into any package, since loss can jeopardise the study. It is good practice to create a master copy of the data, which should not be altered but may be copied in the event that subsequent files are lost or altered inadvertently. It is also essential to create a backup copy of the master and store it safely in case it is deleted or altered inadvertently. Security is important if collected data are sensitive or confidential. Files should not contain any information that could identify individual participants and data should be password-protected.

Quantitative data may be analysed statistically ( Watson et al 2006 ). Data may be described in terms of percentages, central tendency (mode, median, mean) and spread (range and standard deviation) ( Box 2 ). Analysis of the data in the sample may be used to draw inferences about the population as a whole. Usually analysis is performed using a set of analyses known as inferential statistics. These allow you to investigate, for example, the differences between the mean values in the treatment and control groups in a RCT and to investigate the associations between variables, such as pain and analgesic dose. The important criterion in inferential statistics is whether something is statistically significant, which is usually expressed as a probability ( P ), measuring 'How likely was this to happen anyway?' If the probability is very low, conventionally below 0.05 (less than a one in 20 chance), then we are justified in stating that our observation is statistically significant at this probability. Statistical significance implies that the observed benefits are likely to have happened as a result of the treatment being tested, or that the observed relationship between variables is real.

Central tendency: a description of where the central point in a dataset is.
Mode: the most frequently occurring number.
Median: the number in the middle of a set of ordered data.
Mean: the number obtained by adding up all the numbers in a dataset and dividing by how many numbers there are.
Spread: a description of how widely the data diverge from the central tendency.
Range: the difference between the largest and smallest values in the dataset.
Standard deviation: a measure that describes the level of deviation from the mean expressed in a standard form.

This article has described the main principles of quantitative research, such as variables, measurement, error, reliability and validity, and explored the two principal research designs: experiments and surveys. Instruments of measurement should be designed to ensure that they have good reliability and validity. Random error cannot be eliminated in quantitative research. However, instrument and human error can be eliminated or reduced. Experiments and surveys are used to study the relationship between variables. Experimental designs are best for relating cause and effect. The most effective experimental design is the double-blind RCT. Surveys are most useful for studying people and populations; the majority of surveys are cross-sectional, but the best survey designs are longitudinal because these can study changes in people and populations. In quantitative research, it is important to collect data correctly and store it securely on electronic databases, and to analyse quantitative data, using appropriate statistical methods. 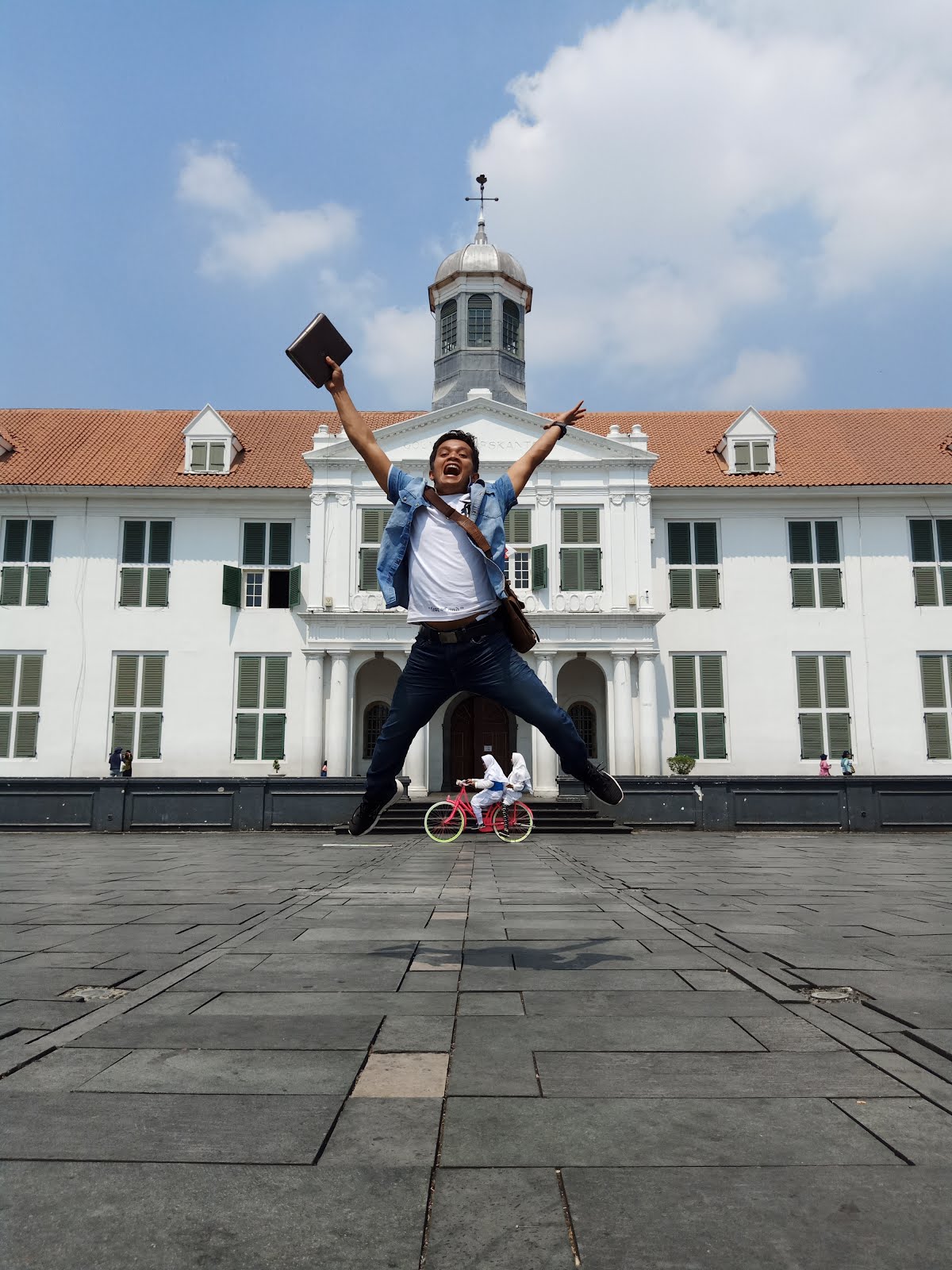